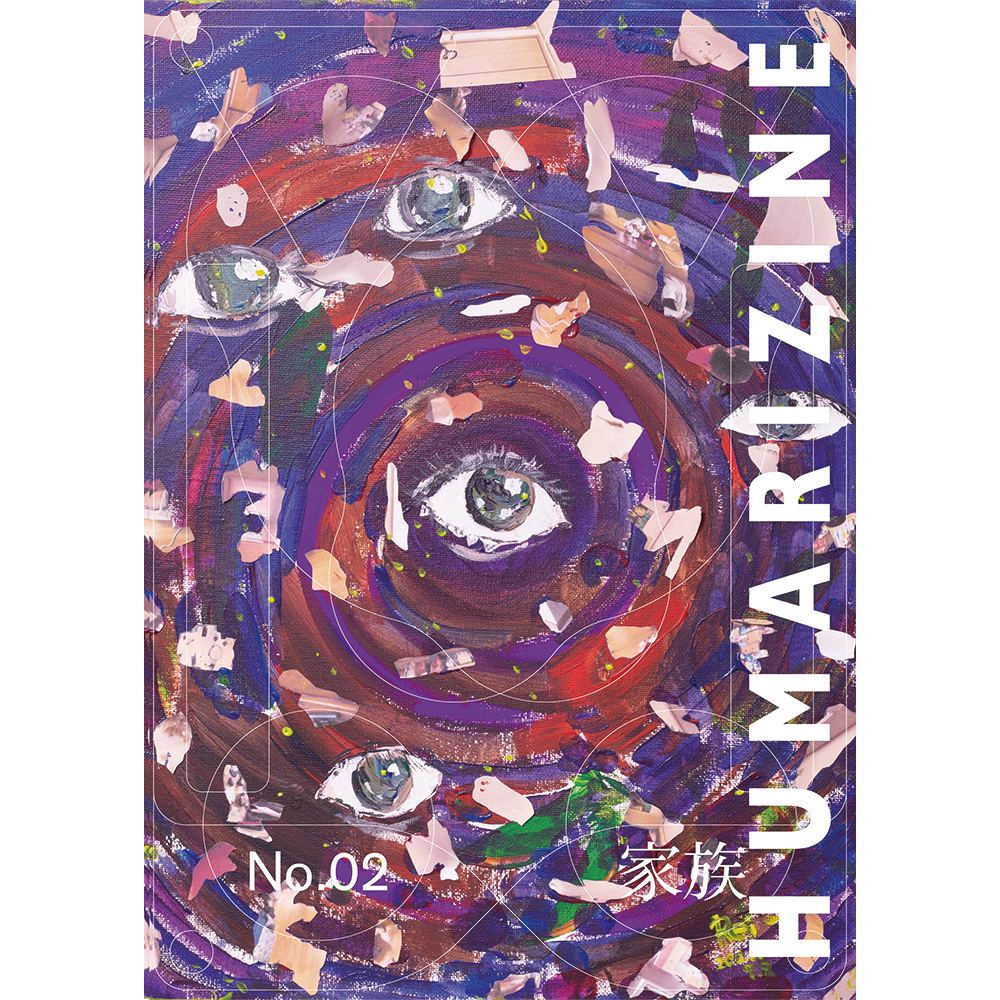 ​​In addition to Reipon, Taiga Matsuoka, and Kotaro Sano, this year’s edition of No.02 was edited by new members Mao Kusaka and Daiki Sekiguchi, who they have been friends with since the start of university. The theme “family” came from the fact that Reipon and Matsuoka got married and became a family in April this year, and they all discussed this in connection with their research and practice.

This issue was written and edited entirely by the five members, who met in person to discuss and decide on the contents. This is evident from the fact that the table of contents is based on the interview with Reipon and Matsuoka. Another goal of this issue was for the wedding of Reipon and Matsuoka to be organised and held mainly by the editorial members. This book has given us insight into the community that Humarizine is aiming for and hints on how to proceed in the future.

The reason I founded HUMARIZINE is because I wanted to create a community of people that I can trust, and strive through life together. Since I was young, I have never been able to truly believe in my “family”. It has been so ever since I can remember; my “family” being the community both closest to me and furthest from me. My bleached hair and the icon engraved on my body are the results of me elevating my distrust for them. I used them as a kind of symbol, or amulet to help me live my own separate life.

On the other hand, you could say that I always had a strong admiration for a unique, family-like community. Someone that was different from just a friend, more than just a lover. What I wanted were relationships that could transcend those frameworks, in which we could build a life together in the midst of shitty times.

Through Humarizine, I want to see the future, in which I have invested the faintest of hope. If I had been completely happy with my life, I would have probably not created it in the first place. HUMARIZINE started two years ago with myself and Matsuoka, then Sano and Muramatsu joined the editorial team last year, and from there the community expanded, enriched with nine contributors. After the last issue of “ORIGIN” the role of Humarizine has gradually become clear to me, as a medium to present the practices and ideas of people of our generation to the society. Words such as “polyphonic” and “ad hoc” have also emerged to describe its aspects.
However, we have not yet been able to articulate in concrete terms what kind of community we want to aim to create. What I would like to discuss with everyone in this issue, is the term “community” and also “family” – the reason behind me searching for a community. According to the Kojien dictionary “community” and “family” are as follows.

【Community】A mode of human communal living based on blood, location, emotional ties or ownership. There is therefore mutual aid and regulation. It is distinguished from an organization that is formed to achieve a specific purpose. Cooperative. “village community,” “common destiny.”

From the above definitions, a family defined by blood relations is a community, and a group that is bound emotionally like HUMARIZINE is also a community. However, I cannot help but feel that there is a great difference between a family bound just by blood, and a community bound by emotion and empathy like HUMARIZINE.
In this issue, I hope to reconsider what differences there are and what is creating them. That would definitely help us develop the HUMARIZINE community, and may also give me a hint as to how to deal with my very own family. I have tried and failed to confront the idea of a family before, as I am yet to digest all my personal experiences. However, this time I have no choice but to, since Matsuoka and I have gotten married, becoming a family on legal terms. Of course, we can stay together whether or not we are husband and wife, but it is true there are restrictions if our status is “not married”. In order to learn something from our choices, we feel obliged to rethink what an ideal community looks like.

This issue was created by, Sano – who has contributed from the last issue, and new members: Kusaka, and Sekiguchi. These members have been my friends from the start of university, always getting along well and respected each other. In this issue, we welcome them in rethinking the concept of “family” from various studies, and discussing the process of co creating Matsuoka and my wedding and our thoughts surrounding it.

The first interview in the issue about Matsuoka and I from when we met until now, is composed by three members who we have been close to us since the beginning of our relationship, which extends to other contents that are mentioned throughout the conversation. The issue is concluded with a summary of this issue’s “family” or “community,” which will be derived from a dialog among all the members.
From the current situation that I write this foreword in April, the political situation may change, altering some parts of the wedding we are currently planning. At the same time, working on this “Family” issue with the five editorial members in the midst of all this will bring about all kinds of changes in their heads. What kind of “family” and “community” will we be envisioning in July when it is published? I will be facing it as I head to the wedding ceremony. 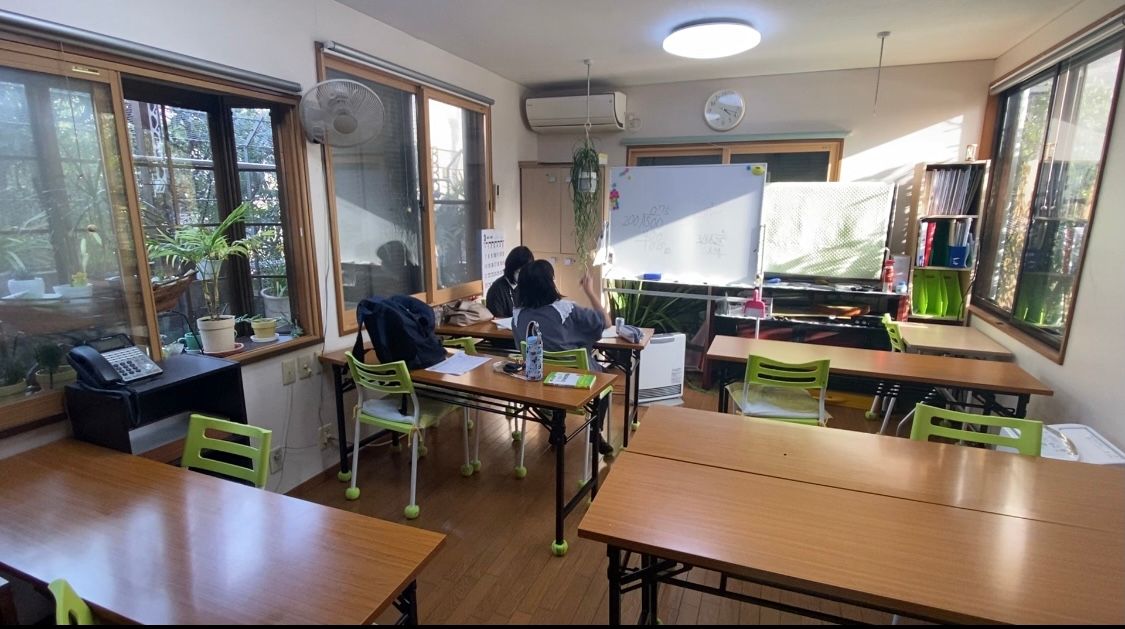 How do we approach and understand personal meaning-centered worlds? This text/article will delve into the theme of “family” through video ethnography. The author researches through video to uncover the meanings and roles that unconventional educators who are outside of preexisting educational institutions have. In order to examine the theme of this issue, “family”, she interviewed Kana Ohashi (Tokyo Keizai University), who has studied “transnational families'” through the method of video ethnography. How can we understand people’s unique perceptions of “families”? Through this research, they will also deepen their understanding of the possibilities of video ethnography as a research method. 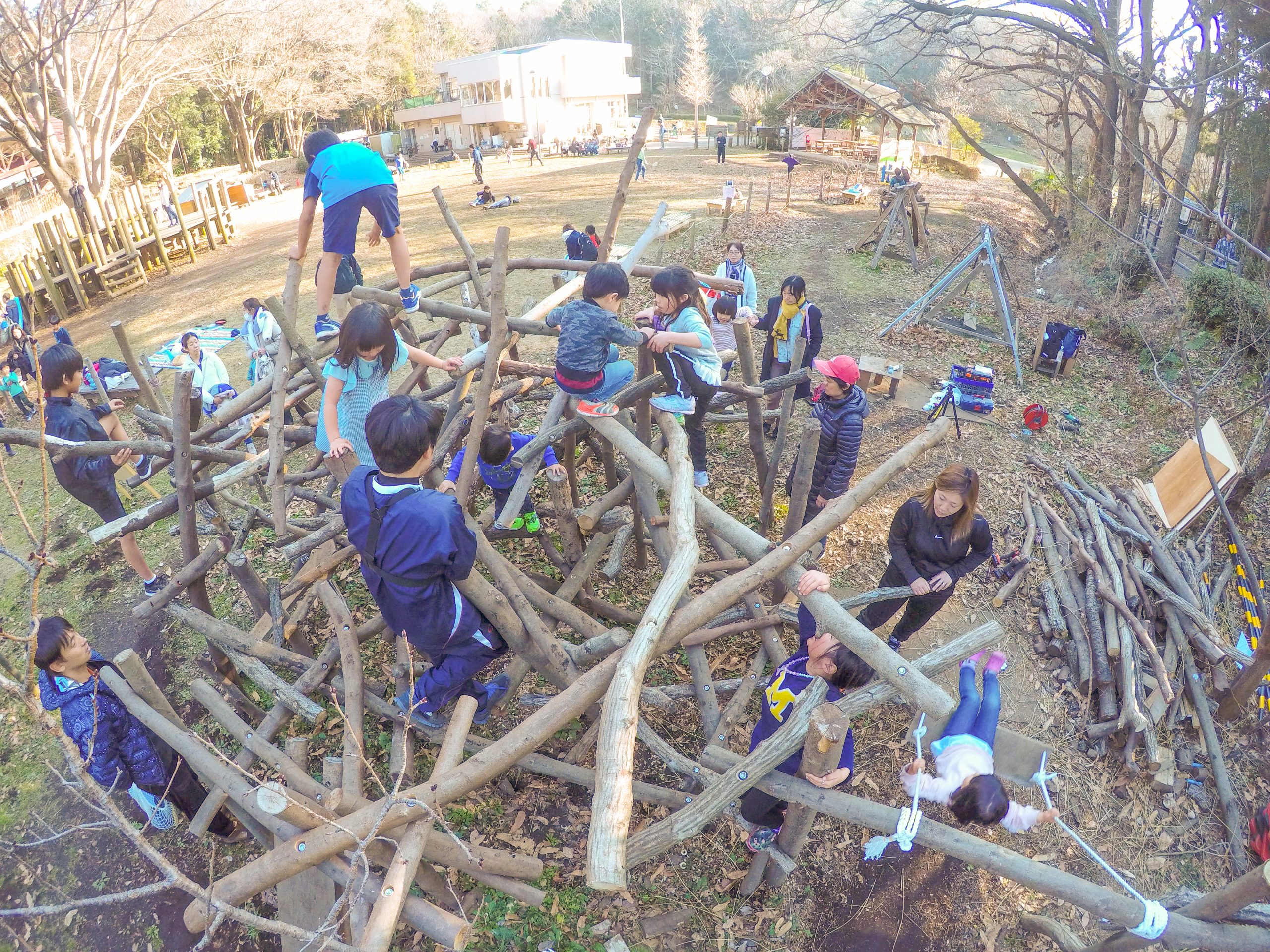 Community, Society and Space Thinking about the creation of community through play

What exactly is a community? “Family”, the theme of this issue, can be cited as one of the many forms of how a community could be. Borrowing the definition from the Kojien dictionary, a community can be thought of as a social group that shares a certain commonality or sense of community. Then, how is the commonality shared among people of a community formed? In this paper, I will try to get closer to the fundamentals of community by exploring the mechanism of its creation. In particular, I would like to examine community from the concepts of “society (social systems)” and “space (spaciality),” and finally consider the creation of community through playfulness (play).

This Is Everything About Our WEDDING RING! 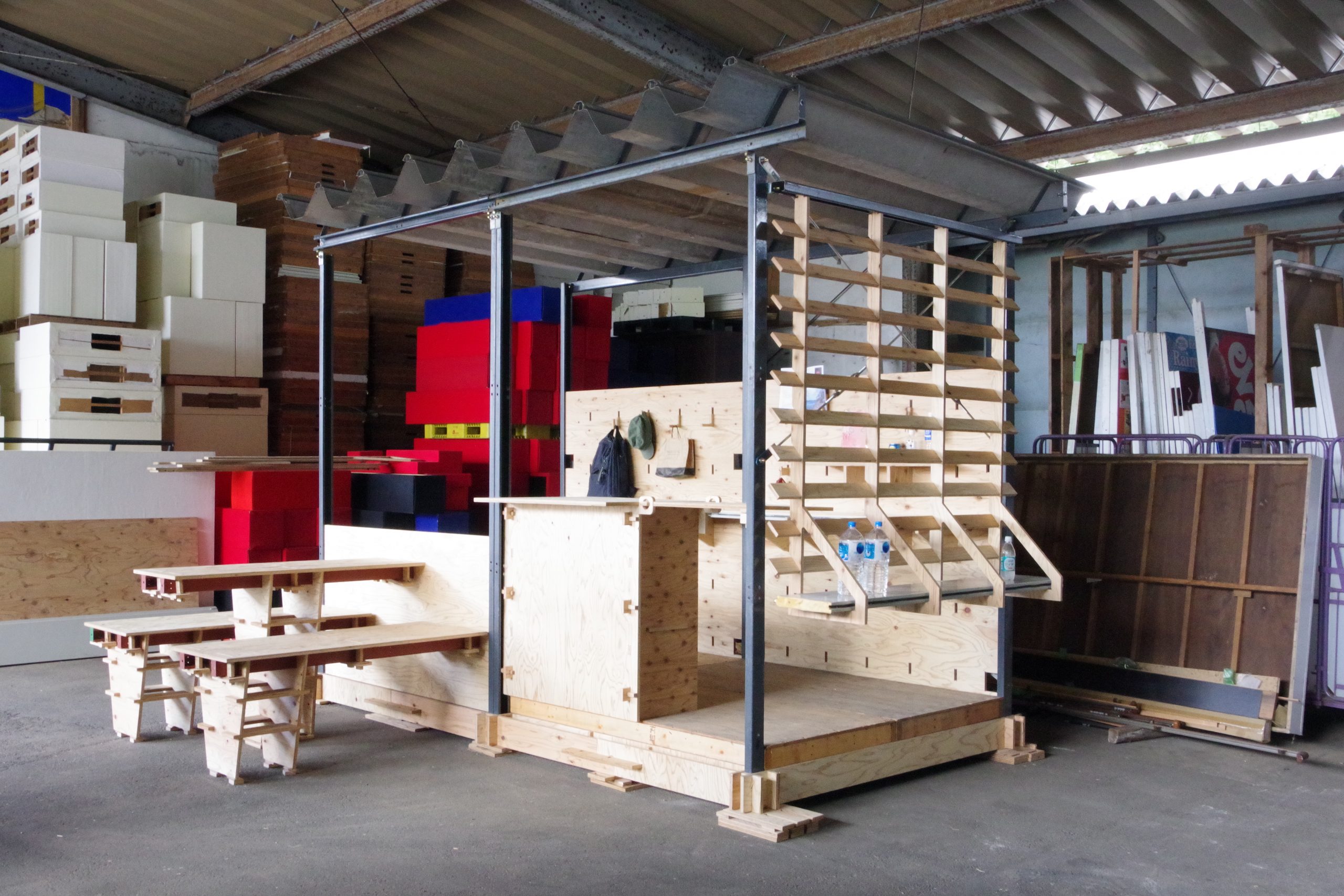 Making with Someone/Something : I is Something 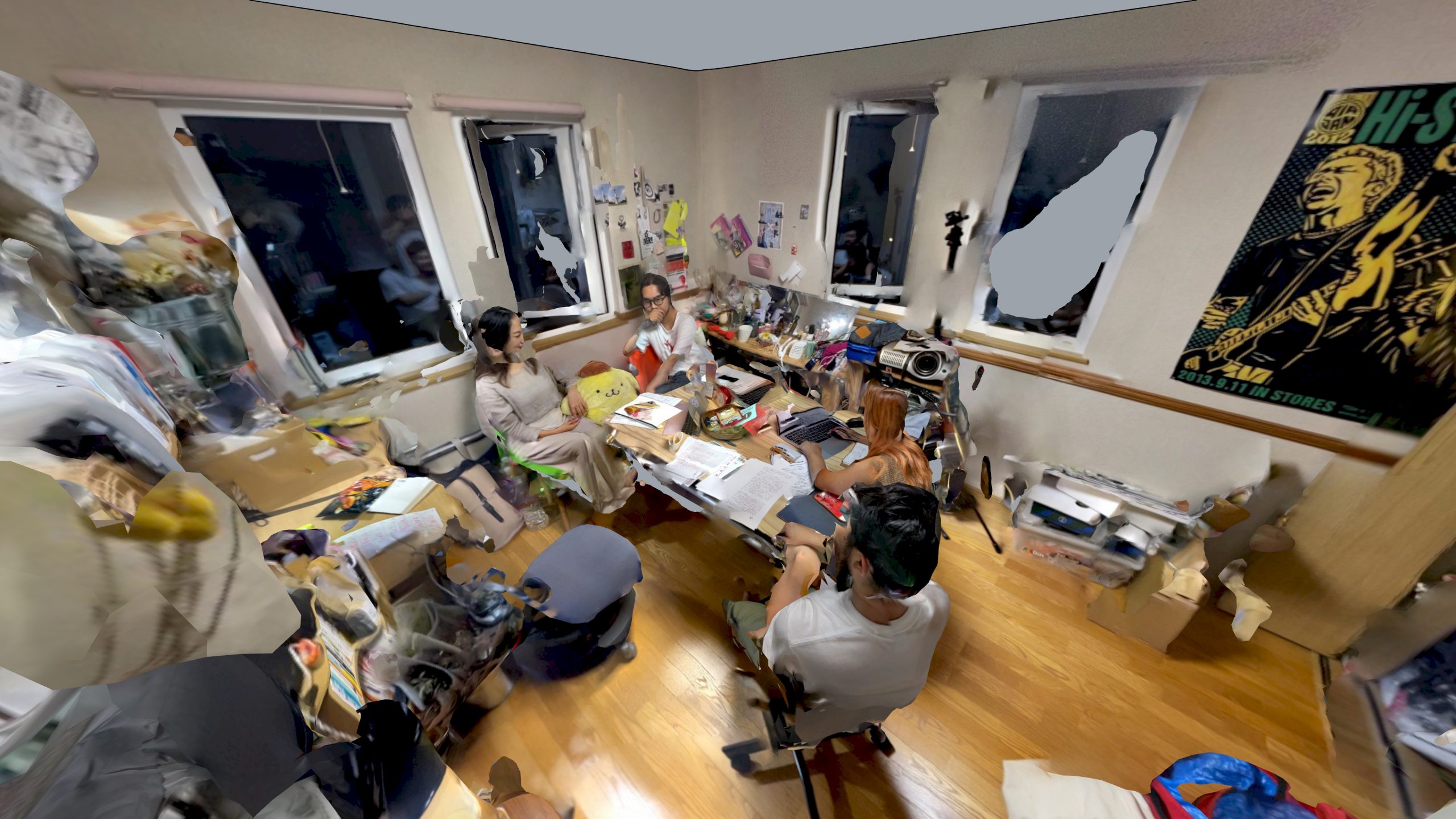 To Close The HUMARIZINE No.02

Discussion to dig up what the “family” really means.